"You'll be the only one in jeans," my mother predicted as we drove toward the Skirball Cultural Center, the venue for the 2010 Children's Literature Council Fall Gala.

I'm not sure why I forget every year that this tends to be a somewhat dressy occasion, though it's probably because, despite the word "gala," this event takes place in the morning and features a breakfast. Somehow, getting dressed up for a breakfast is something that goes counter to my soul. Also, I had just spent the whole week wearing skirts, pantsuits, heels, and even pantyhose, and now it was a Saturday - finally! - and I was taking four hours vacation after the Gala. And anyway, these were not some faded, holey jeans, but my "dress" jeans, in a trouser cut.

Mind you, I wasn't the only one in jeans, but that was because when asked about the dress code by several folks who were attending the event for the first time, I said, "Oh, these are children's book lovers - anything goes!"

According to a librarian at my table, the Gala took place at night way back when, which I assume means in the 60's and 70's, before morphing into a lunchtime and then finally a breakfast event. Ah ha! "Gala" makes much more sense paired with cocktails than with bagels and orange juice.

But I digress. The breakfast was lovely, in a large room sprinkled liberally with (well-dressed) children's book authors and illustrators, librarians, teachers, and children's literature fans of all stripes. Discussion at my table ranged from the best locations for ALA conferences (New Orleans and Chicago won out) to predictions on the next Newbery winner (well, there weren't actually any predictions - but several of us opined that if The Strange Case of Origami Yoda wins, we will rejoice.)

Well fed, we made our way to the auditorium, where Jacqueline Woodson gave her keynote speech. Ms. Woodson is WAY at the top of my Favorite Authors list, and consequently I was too shy to say hi. "Your books rock my world" will be all I can say if I ever get up the courage to talk to her. Anyway, I forgot to take any notes on her speech and so can only say that she is as warm and intelligent as her books, and quite hilarious as well (Hope Anita Smith, who was there to accept the Myra Cohn Livingston award for her Mother Poems, kept raising one arm in exuberant testimony throughout the speech.) She was wearing a skirt (curse my jeans! curse them!) and a pair of boots that I instantly coveted.

Then there were s 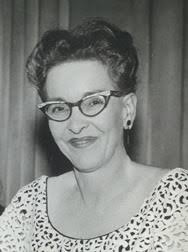 ome fine acceptance speeches from Marla Frazee, Hope Anita Smith, Mary Pearson, Andrew Smith, and Kathleen Krull - and then my dear ex-colleague Maureen Wade accepted the Dorothy C. McKenzie Award for Distinguished Service to the Field of Children's Literature (whew) for her 20-year work with our GAB volunteer program, which trains adult volunteers to read with children (for fun!) at the library. Woot woot! We love you, Maureen!

Since I seem to be obsessing about clothing today, please take a look at Ms. McKenzie's eye wear. Are those cats-eye glasses not FABULOUS?

After the gala, my mother and I toured the Noah's Ark exhibit. This is a must-see, people. If you live in Southern CA, get yourself over to the Skirball and check this out, with or without a child. It's magical, and if it doesn't transport you to a child-like state of wonder and joy, I'll be most surprised.

The moral of this story is that mothers tend to be right about matters of a sartorial nature. But the lesson I'm taking away from the morning is that I'll be well-dressed as long as I sport a pair of kick-butt boots and some jeweled cats-eye glasses. 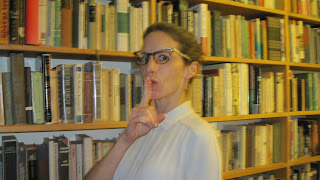