I scream for ice-cream! 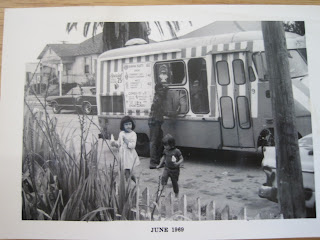 It's summertime, and all I can think about on a hot Saturday afternoon is ice-cream. Why is it that the ice-cream truck never comes when you really want it - when there's no dessert in the house but the idea of actually leaving one's property to go procure some feels like way too much effort? No, the ice-cream truck only comes when you've just pigged out on 10 chocolate cookies or when you're about to sit down to dinner (and yeah, you could put the ice-cream in the freezer for after dinner, but the ice-cream truck is all about instant gratification - after all, if I wanted to act all commonsensical, I'd just have bought a half-gallon of ice-cream from the market the last time I went).

Not that the ice-cream truck is the awesome experience it was when I was a kid. For one thing, I don't get the same thrill out of that tinny music coming closer and closer. Sure, my animal brain still screams "The ice-cream truck! The ice-cream truck!" but the grown-up, spoilsport part of my mind quickly squashes most of my enthusiasm, calming asking if that chemical-loaded sweet stuff is really what I want, when a nice low-fat cherry yogurt is sitting right there in my fridge.

And ice-cream trucks are just not w 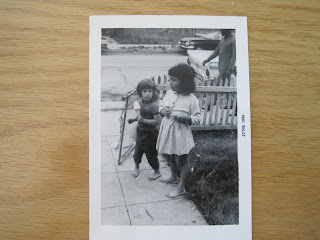 hat they used to be, at least in my part of town. 40 years ago, Venice had some fine trucks that dispensed soft ice-cream in two flavors - a single was 15 cents. You could get a "banana boat" for 60 cents or a "double" (on a snazzy two-headed cone) for 25 cents. And that ice-cream was creamy, delicious, and practically as big as my head. Check out these photos from June 1969 - I'm the small grubby child with short hair. Now that's an ice-cream truck!

I haven't seen an ice-cream truck that dispenses soft ice-cream in Venice for at least 20 years. Now the trucks sell a variety of pre-packaged frozen desserts, from snowcones to drumsticks, often in somewhat dubious off-brands. The truck that trundles infrequently down our street is mottled and often sprayed with graffiti. The photos highlighting the desserts are faded and worn. And yet when "The Music Box Dancer" sounds discordantly from the end of the street, you can still hear shrieks of "The ice-cream truck! The ice-cream truck!" from all the kids on the block (including my two teenagers).

And if you want to see Eddie Murphy's scarily accurate and hysterically funny take getting ice-cream from the ice-cream truck, click this link. Yes, there is profanity!