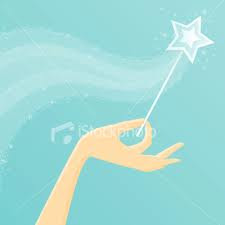 I've just finished reading and reviewing a fine middle-grade/middle school fantasy for School Library Journal called Small Persons with Wings by Ellen Booraem (Dial, Jan 2011). I disliked both the cover of the ARC and the title at first sight, but the story was sparkly, snide, exciting, and very, very funny - I'll be recommending a starred review.

It got me thinking once again about the nature of magic (this is something we fantasy readers do a lot). In Small Persons with Wings, the eponymous creatures possess a native kind of magic that is part of their very being, called Magica Vera. However, after learning a new kind of magic, the Magica Artificia, that allowed them to create amazing illusions, they (being rather extravagantly interested in the appearance of things) didn't need the Magica Vera anymore and so stored it in a moonstone. However - this Magica Artificia runs off a sort of generator called a Circulus, consisting of a bunch of Small Persons zooming around and around in a circle. Stop the Circulus, and the Small Persons can no longer draw on the power of the Magica Artificia.

The idea of magic being simply there for the plucking, with no consequences and no danger of the stuff running out, has always bothered me a bit. After all, magic is at least as useful and powerful, and quite a bit more dangerous, than most of our natural resources, and we take care to conserve those.

Diana Wynne Jones, though one of my favorite fantasy writers, is a bit too free and easy with magic for my taste, but still, her system makes sense. I see it this way - in her magical worlds (for instance, the one in which Howl's Moving Castle and its sequels take place), there is simply more magic all around than in our world. Perhaps it's a gaseous element that fills the air. It's available to use, at least in a limited way, by anyone who can cast a minor spell - and so, in the House of Many Ways, Charmaine's dad the baker uses spells to enhance his recipes. But there's only so much a regular person can do. It takes an extremely talented person to use the magic in really powerful ways, and these folks become wizards and witches. And so huge harm can't really be done by your average person - but what if a magically talented but unschooled or greedy young person accidentally misused magic? In fairy tales, they'd get a bunch of sausages stuck to their nose, and this is the sort of result that one finds quite often in Jones' fiction - but I can well imagine much grimmer outcomes.

In the Harry Potter books, the witches and wizards have a native talent for magic that I assume we Muggles don't have. Apparently it's mostly - though not entirely, as witness Hermione and others born to Muggle parents - genetic. I imagine this magical talent to be like a talent for music. We're all born with some kind of ability to enjoy and even make music, even if that consists of humming only - and most of us could be trained to sing or play an instrument passably and to learn quite a bit about music. Some of us will become quite accomplished, thanks to native talent, hard work, or both. And so it is for witches and wizards - all possess magical talent that is nourished and groomed because their whole world is built on magic. As for Muggles - we're like a bunch of tone-deaf unmusical dullards in comparison.

I am particularly fond of books in which magic functions like a force to which physics-like laws must apply. If you expend this much magic, it must come from somewhere - perhaps from the magician's own body (resulting in hunger, exhaustion, sickness, etc) or perhaps from someplace else. There needs to be cause and effect, because surely any force that is so powerful must affect something if it is used. The Shifter by Janice Hardy treats this idea with particular creativity.

And what about the magic of illusions as opposed to magic that truly changes the nature of a thing? The first might change a rock into a piece of pizza that looks, smells, feels, and tastes like the real thing. A skilled magician might even keep the illusion so real that you could actually pass the rock all the way through your body without ever realizing you were digesting a rock. But still - it's a rock, and you won't get any nutrition from it whatsoever. But to make the rock actually become a piece of pizza would surely be a powerful, disruptive, and costly piece of magic. Ursula Le Guin tells us, via A Wizard of Earthsea and other books, that magic does indeed have a cost and is not to be used lightly.

But does magic have to be so hard-won as in the Earthsea books (man, Ged's school is tough) or in the terrifying and thrilling Resurrection of Magic series by Kathleen Duey? Any readers who crave a magical boarding school after reading Harry Potter will find an antidote to that longing in Duey's Wizardry Academy from Hell (not its real name - but it should be).

Strange and eccentric magical powers and creatures are a joy to find. What could be more odd and delightful than the ability of Beka Cooper (from the series by Tamora Pierce) to hear dead souls carried by pigeons and to communicate with dust devils on street corners? There's no need to limit one's imagination - which is why those of us who read fantasy prefer it above any other genre!
Posted by Eva M